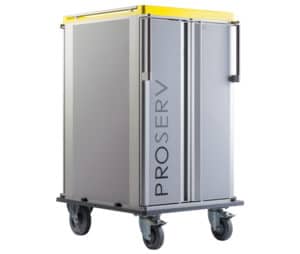 Andrew Bennett, Kitchen Manager, Royal Hampshire County Hospital commented, “We already use a similar docking-style system and the new units were added to give us extra capability.

“The food temperatures are consistent and the introduction of the system received a positive response from the catering team and from our maternity wards where we trialled the units for their handling, manoeuvrability, as well as the all-important temperature control. 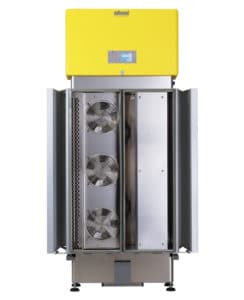 “The service provided by BGL Rieber was first class and we developed a good relationship with their Regional Sales Manager Nick Rowlands. Even though from first visit to order to install took nearly 12 months due to various issues, Nick was never pushy and always helpful.”

The docking stations quickly regenerate and/or chill meals loaded inside the shuttle trolleys, which can then be wheeled to the ward for service.

The advantage of the Shuttle is cost saving and easy handling. Because there are no mechanics in the shuttle to go wrong or heating or cooling elements, it lighter and more manoeuvrable than many conventional trolleys and cheaper to buy than a conventional heated trolley. 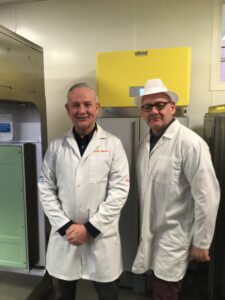 Air flows for hot and cold cycles are activated upon connection between the shuttle and the station, whose two front compartments are fully made of stainless steel (CNS), while the frame is made of anodized aluminium. Special gaskets guarantee the air sealing between the two compartments and the shuttle.

Pictured: Left to right: Nick Rowlands and Andrew Bennett in front of the DSPro docking station. 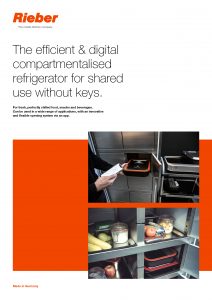 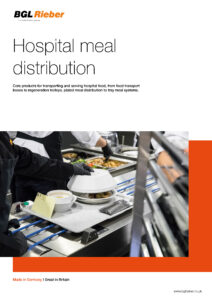